The Grand Tour of The Human Body

(This article was written by one of our staff employee taking her medical profession and had been published at in-training.org/grand-tour-human-body-11067, in-Training: Stories from Tomorrow’s Physicians, Volume 2. Currently, a graduating student of the University of Illinois at Chicago College of Medicine. Interests include global health, health disparities, and emergency medicine. Also enjoys photography, classical music, travel, and medical history.)

“This is a place where the dead are pleased to help the living.” 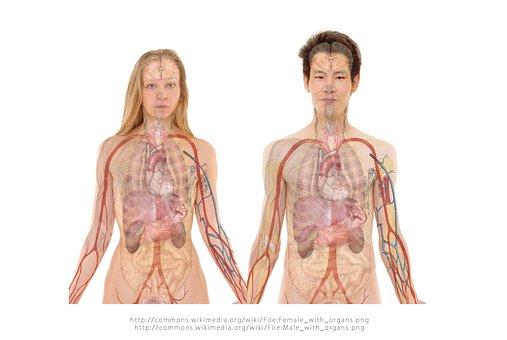 These words always greet me upon entering our anatomy lab. A similar saying in Latin is inscribed at the Palazzo del Bo at the University of Padua, home of the world’s oldest anatomical theater. This site is witness to many of the lectures and demonstrations by Vesalius, the father of anatomy (https://www.famousscientists.org/andreas-vesalius). This was during the time when human dissection was newly sanctioned by the church, but was only reserved for the corpses of criminals. Back then, human dissection was a privilege that was denied to medical students. Hic locus est ubi mors gaudet succurrere vitae.

The study of human anatomy had always been controversial. In the time of Hippocrates, it was Greek taboo for doctors to dissect a human cadaver. As a result, much of what Hippocrates learned was through animal dissections. It wasn’t until Frederick II, emperor of the Holy Roman Empire, mandated at least one human dissection every five years that the science of anatomy was born.

Even today, I believe that the study of gross anatomy still brings about strong emotions. Before I entered medical school I had heard stories from the upperclassmen of people fainting or refusing to enter the lab. Well, if the dead were pleased to help the living, who am I to refuse them their pleasure? For me, there was something marvelous about studying the human body, peeling back each layer of fascia and muscle to uncover the vessels and nerves encased underneath. I have learned early on that despite all my hours of preparation for a dissection — reading the dissector over and over and carefully studying Netter’s Atlas, no dissection turns out exactly as planned. There will always be an aberrant vessel or a nerve branch straying from its destined path and confounding medical students.

Despite the difficulties, I have to admit that I truly loved dissecting. For me, it was an experience similar to traveling. You study the maps, you read the travel guides, you look at the pictures of your destination and yet, nothing prepares you for the actual experience. The trepidation I feel each time I wield the scalpel, the fear that I accidentally cut an important structure, the thrill of discovering each studied organ just the way the atlas depicted, the confusion of a stray nerve or vessel supplying an unexpected area — these things are what I experience each time I go to dissect. It echoes Goethe’s sentiments when he first visited Rome, the Eternal City: “Wherever I go I find something in this new world I am acquainted with; it is all as I imagined — and yet new … I have had no entirely new thought, have found nothing entirely unfamiliar, but the old thoughts have become so precise, so alive, so coherent that they can pass for new.”

I remember spending an entire afternoon dissecting the palm of the hand and, for once, the professor left my dissecting partner and me to our own devices rather than swooping down on us with the wrath of God each time we deviated from the dissector. His only admonition was to “make it look pretty.” I had painstakingly scraped off the subcutaneous fat that was stubbornly clinging to my cadaver’s superficial palmar arch — a graceful curve across the palm of the hand where the ulnar and radial arteries met — and was working hard at exposing the branches that radiated from the arch towards the fingers, the common palmar digital arteries. Each time I exposed a structure, I would feel a surge of excitement because it was exactly as the atlas depicted. That flash of recognition after spending hours looking at the pictures and imagining how it would appear took away my exhaustion. And so it is the same with traveling: you could look at photos all day and still find delight in recognizing something that you previously only saw in a picture. The destination is never a new place but rather a new way of seeing things.

Each traveler’s vision of a tourist destination is never a single image but rather, an amalgam of multiple images. Our image of Rome is not a single picture of the iconic Colosseum but that of several pictures of the city. Similarly, in anatomy what the atlases illustrate is never the image of a single dissection but that of multiple dissections — each dissection forming the basis for the image of what the structure appears in the average person. However, anatomical variations are almost never depicted in atlases despite being present in a certain number of the population. I remember the first time I saw a thyroid ima artery, a variant artery arising from the brachiocephalic trunk. My professor had excitedly announced to the entire class to drop their scalpels and ushered us over to the cadaver with the aberrant vessel. Immediately, I knew that the brachiocephalic trunk didn’t look right. It was quite a shock seeing four vessels sprouting from the brachiocephalic trunk instead of the three vessels that I had etched over and over into my brain. I could imagine that this would be an unpleasant surprise to surgeons cutting into the thyroid gland and discovering the unexpected artery.

I often have concepts of what things are supposed to look like and when confronted with the real thing, I am often forced to relearn what I thought I knew. Just as Goethe declared that “only in Rome can one prepare oneself for Rome,” so it is with anatomy. No matter how much I studied those structures in books, it was only through dissection that I learned each structure intimately and how the pictures were transformed into real life for me. It is only by spending those hours in anatomy can I truly prepare myself for the reality of the human body in all its complexity, frailty, gruesomeness and magnificence.

This entry was posted in Uncategorized. Bookmark the permalink.